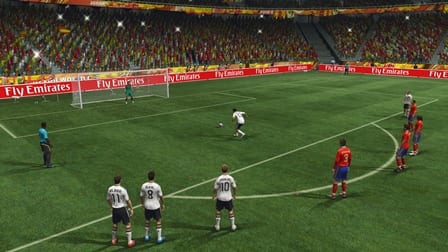 Due out in late April, a little over a month before the tournament commences in June, will be FIFA World Cup 2010. It’s a game with all 199 national teams, all 10 authentically produced stadiums and more that allows you to play through the tournament with your squad of national heroes and take home the trophy.

Today we get a trailer for the game, but if you’re a footy fan like myself, you were sold at the mere announcement of the game.

Look for our review in April. Might be the best chance the United States has to win it all!