Harmonix and MTV Games revealed today that the Green Day flavored Rock Band title is due out June 8 for the usual suspects, Xbox 360, PS3 and Wii. 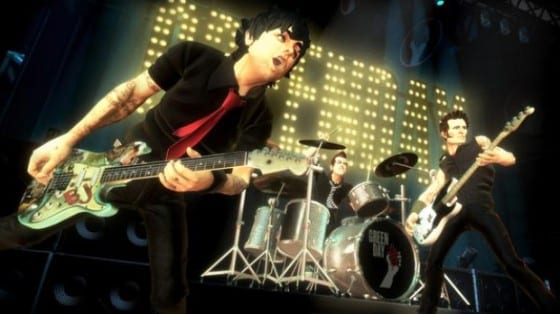 Green Day: Rock Band will have 47 songs Green Day tunes on disc and all will be exportable to the original Rock Band, Rock Band 2 and Rock Band 3. The only songs mentioned thus far are "Brain Stew," "Jaded," "Hitchin’ a Ride," "American Idiot," "Wake Me Up When September Ends" and "Boulevard of Broken Dreams."

No special bundle with instruments will be available for Green Day: Rock Band, only the software. It’ll sell for $59 on Xbox 360 and PS3 and $49 on Wii. Nothing for PS2.

Like The Beatles: Rock Band, the Green Day installment will take you through the band’s career. From their humble origins, to their now worldwide renown and players will unlock pictures, rare videos and interviews and live performances along the way.

What’s more, a special Green Day: Rock Band Plus edition will be available in June for $69.99 on Xbox 360 and PS3. This special version comes with “special packaging, free export and six (unannounced) Green Day DLC tracks,” which Harmonix equates to a $22 value.

Don’t worry, Green Day: Rock Band will be compatible with all other plastic instrument peripherals, including those of Guitar Hero.

I’ll hold back my enthusiasm for the game until I see the entire setlist. Like I’ve said, when Green Day stopped doing drugs and wrote about politics, I stopped liking them. I want old Green Day, circa Kerplunk and Dookie if possible.