A recent customer survey from mega video rental service Netflix, points to the possibility of streaming access coming to Nintendo’s DS portable system in the future. 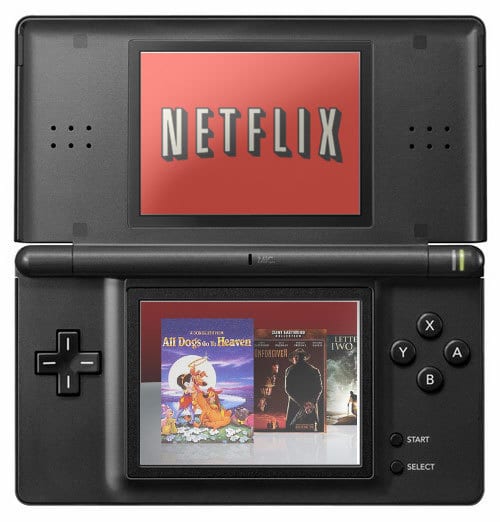 This would be awesome.

“There are no advertisements or trailers, and movies start in as little as 30 seconds. You can fast-forward, rewind, and pause or watch again. The movies & TV episodes you instantly watch are included in your Netflix membership at no additional fee.”

The same thing happened with Netflix for Wii. It was teased in a customer survey and now it’s here.

Interested in watching Netflix on your DS? I already have it on my Xbox 360, PS3 and PC, but hey, more is better, right?