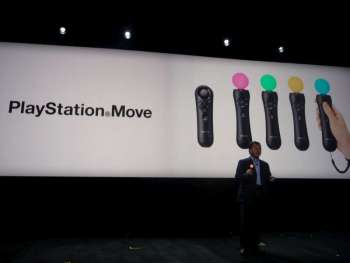 Peter Dille of Sony recognized Nintendo’s Wii as a great casual gaming experience and said PlayStation Movie is “A step ahead of anything available on the market today” and that it’s “the next generation of motion-gaming.”

What’s more, Dille said (besides the under PS3 console bundle), Move will cost less than $100.

Anyone excited for this? The controllers look so wacky, there’s two, and the Wii did it 4 years ago.