In a not so surprising announcement, Valve today revealed its popular digital distribution service Steam is coming to Mac this April. 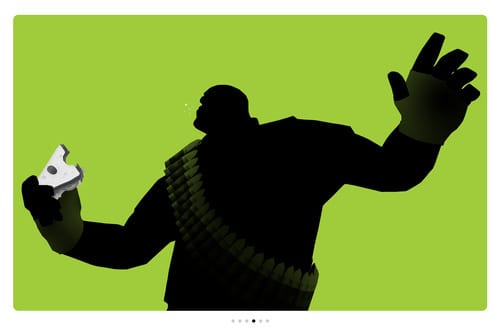 The Mac version of Steam will mirror its Windows counterpart but will add a feature called “Steam Play.” This feature will allow anyone buying Valve games through Steam on Mac to play them on Windows Steam

“We looked at a variety of methods to get our games onto the Mac and in the end decided to go with native versions rather than emulation,” said John Cook, Director of Steam Development. “The inclusion of WebKit into Steam, and of OpenGL into Source gives us a lot of flexibility in how we move these technologies forward. We are treating the Mac as a tier-1 platform so all of our future games will release simultaneously on Windows, Mac, and the Xbox 360. Updates for the Mac will be available simultaneously with the Windows updates. Furthermore, Mac and Windows players will be part of the same multiplayer universe, sharing servers, lobbies, and so forth. We fully support a heterogeneous mix of servers and clients. The first Mac Steam client will be the new generation currently in beta testing on Windows.”

Portal 2 will be the first Valve title to launch on Mac and PC at the same time this Fall.

Any Mac gamers out there partying in the streets at this news?