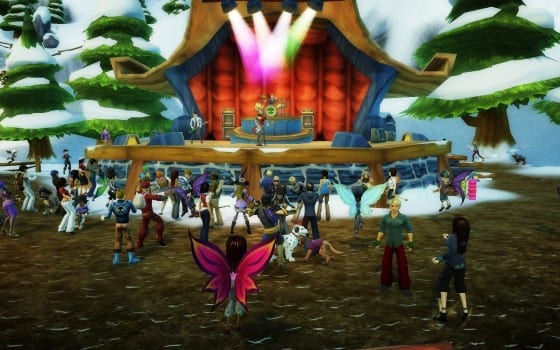 The game has exploded since it released, growing from a very healthy 3 million in June of last year to now this gargantuan figure over three times larger.

“With Free Realms, we’ve been able to reflect the needs and wants of our players by keenly listening to their suggestions and feedback,” said John Smedley, president of SOE.

“We believe the persistent exercise of capturing in-game research inside Free Realms has been a huge contributing factor as to why we’ve attracted over nine million players in less than a year. It truly helps us give our players a game where they can do and be whatever they want.”

SOE chalked the success up to “continuous development of new features and themed in-game events, as well as persistent marketing support” and the advent of Rides.

These Rides are like World of Warcraft’s mounts. They’re available to paying members and include T-Rexes and Dragons that afford the user up to 150 percent speed when riding them.

I played the title only slightly when it released just to see what all the hubbub was about and now my 11-year-old sister plays the Hell out of it. Anybody else?