We had 5 codes this morning and all have been claimed. Look for more giveaways in the very near future!

We’ve come into a few Xbox 360 “Blur” beta codes and since we’re too busy playing A+ games, we thought we’d hand them out to you, dear reader.

“Blur,” the arcade-style racing game from Bizarre Creations that is as much driving as it is vehicular combat, doesn’t release in full until May, but because you read Blast, you can play the game early. 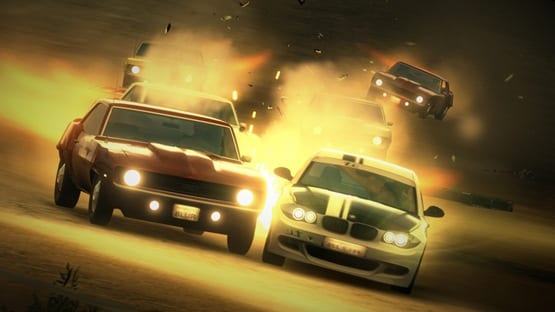 We have three Xbox 360 beta codes and we’ll distribute them to the first three to comment on this story with a couple sentences naming your favorite racing game (sim or arcade) and why you love it.

When you win we’ll e-mail you the code and how to access the beta.