If you could make love to a .jpg, these 4 would probably be worthy.  Sega’s new Afterburner title is really set to impress when it hits XBLA and PSN this Spring.  If early impressions prove themselves valid, you may well be looking at Arcade GOTY and something truly unique and awe-inspiring. 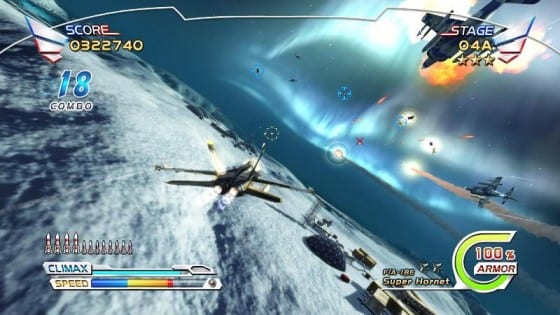 Afterburner is one of Sega’s most famous and fun arcade franchises ever and the new installment, Climax, has apparently received the royal treatment.  According to the Sega blog:

Among its biggest fans are Hideki Kamiya â€” creator of none other than Bayonetta â€” who lists After Burner Climax as one of his favorite games, with references to its titular (and titillating) subtitle scattered throughout Bayonetta.

Players can fly either an F-14 Tomcat, F-15 Eagle, and FA-18 Hornet all with customizable paint jobs.  The player chooses the course of the game on-the-fly, with a variety of  options at the end of missions.  Based on those selections and player performance, the game will unfold differently.  No release date has yet been announced, but we’ll have it for you as soon as it’s available.

If you’ll excuse us though, we need to change… 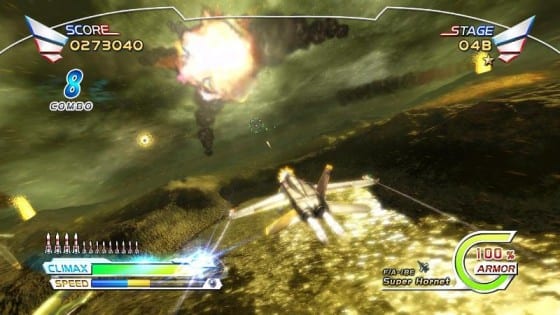 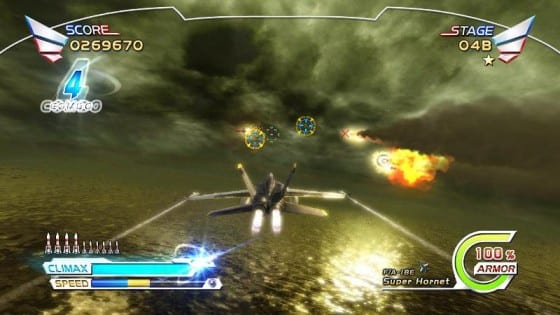