If the wildly expansive and seemingly limitless possibilities of The Sims 3 wern’t enough for you, Electronic Arts today announced “The Ambitions Expansion,” the second expansion to the world of The Sims 3.

As the name so very clearly implies, the expansion brings about a host of new career paths for your little guy or girl to embark upon.

A few of the careers can affect your entire town. If you choose to be an architect, your designs will shape your environment. And if you’re a stylist or tattoo artist, your wacky hairstyles and ink designs, performed on friends and neighbors, will stay with them as long as you allow it.

Other ambitions include Ghost Hunter, Sculptor and Private Investigator. 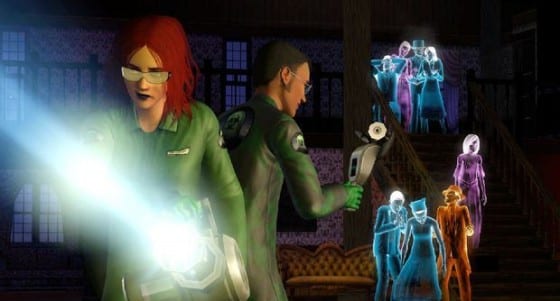 Maybe best of all, with the new jobs, you can follow your Sim to work and actively participate in what he or she does or doesn’t do while there. Make a house call and try an experimental medicine on a patient, travel to a raging inferno as a firefighter and save the day, it’s up to you.

“The variety of careers to choose from is unmatched and we’ve never given players the opportunity to follow their Sims to work and affect their actions on the job,” said Scott Evans, General Manager of The Sims Studio at EA. “The Sims 3 Ambitions changes that. Players’ actions at work now directly affect their lives, community and neighbors and become an extremely important part of how the game is played.”

The Ambitions Expansion Pack comes to PC and Mac in June with iPhone and iPod Touch versions slated for later in the year.