Back in January, Harmonix launched the tools necessary for artists and personal music-lovers to create their own tunes and sell them to the world. 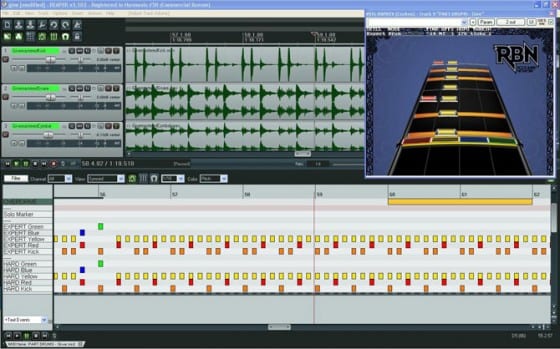 The Rock Band Network Store opened today with more than 100 initial tracks from bands like 3 Inches of Blood, Jonathan Coulton, Steve Vai, of Montreal, Flogging Molly, Lacuna Coil and many, many more.

“The response to and interest in the Rock Band Network has been even greater than we originally expected,” said Alex Rigopulos, CEO and co-founder of Harmonix Music Systems. “We’re very excited about the number of bands and labels who have geared up to participate in the Rock Band Network, as well as the number of enthusiasts who have signed up to participate in the Peer Review and Playtest processes.”

Every song was created using the tools Harmonix provided, users will make 30% of the total take and the songs will be exclusive to Xbox 360 for 30 days before releasing on Wii and PS3.