The free-to-play PC game market is a battleground of experimentation and publishers fighting for the next best thing. Often overlooked by big-shot game publications, free-to-play games make up a huge portion of the video game industry, and often bring with them some of the most creative concepts in gaming. I’ve had quite a bit of experience with free-to-play games, ranging from Runescape to DJMAX to GunZ: The Duel. Last week I had the pleasure of speaking with Wook Kim, the project manager for the revolutionary free-to-play game, Alliance of Valiant Arms hosted by ijji.com, one of the biggest names in free-to-play gaming. Learn all about AVA in our exclusive interview below. 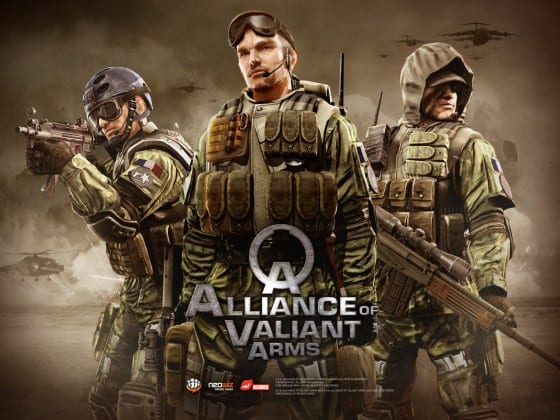 BLAST: Could you start by introducing yourself and ijji in general?

WOOK KIM: My name is Wook Kim, I’m the project manager for AVA (Alliance of Valiant Arms), our game portal is ijji.com, and our company is NHN USA, a subsidiary of NHN, which is the largest game portal in Korea. We’re a free game portal where you can play several free-to-play games, all you need to do is register a free account.

BLAST: Could you give us a quick rundown about what AVA is all about?

WK: AVA is a free-to-play first person shooter game. The storyline of the game is set in Europe in an urban environment there is a fictional war between the European Union and the NRF (Neo-Russian Federation). There is a struggle for power in the region. It’s multiplayer (up to 16 players) and offers various game modes like Demolition, Domination, Escort, and we also have a co-op mode called prisonbreak. So you can team up with your buddies or other players that you meet in the game and clear your missions and fight against zombies.

BLAST: Could you explain the game modes in greater detail?

WK: Yeah, demolition is similar to other games’ “search and destroy” mode, it’s where one team sets up a bomb to blow up an objective, and the opposing team needs to either eliminate the other team, or once the bomb is set, they need to diffuse it.

Then we have an escort mode where one team needs to escort a tank to the opposite side of the map while the opposing team uses rocket launchers to shoot at the tank to stop it from achieving its goal to get to the other side of the map. While you’re doing that, you can either rush ahead or stay back and camp with the RPG’s. Basically, it’s a very strategic gameplay mode where everyone has their roles. It’s better if you communicate with your team and set certain roles and determine who’s moving the tank and who’s escorting the tank, because you need to be within a certain radius of the tank to keep it moving if you’re on the escorting side, and once it’s taken out by the rocket launchers you need to repair the tank to keep it moving. It’s a lot of back-and-forth actions, very exciting.

Domination mode is something new, we just added it last month. Basically it’s like a king-of-the-hill style game mode. The objective of the map is to hold the middle of the map called the “holding area”. Both teams start at opposite ends of the map, and the team which holds the center of the map for the longest time will win the game. In this map, you can call an airstrike where your buddies in a helicopter will come and eliminate members of the opposing team. There are also trains going across the map, and you’ll have to watch out for that, of you’ll get run over.

BLAST: We do remember that!

WK: (laughs) We have other game modes too, such as annihilation. This mode is a team deathmatch which pits one team against another, whoever scores up to 100 kills will win. Depending on the host’s decisions, the kill count can be increased up to 250 kills.

BLAST: Here are a lot of first-person-shooters on the market, I was wondering what in particular sets AVA apart from the others. Obviously there’s a leveling up system which is pretty well fleshed out, but is there anything in particular that you can point out that would make people want to play the game?

WK: In the free-to-play FPS genre, I believe AVA is the best, highest quality game. Right away you can tell by the difference of the game graphics. With the Unreal 3 engine, no other free-to-play game compares to it.

There is a three-character-class system, with the pointman, the rifleman, and the sniper which you can switch between during the game. There’s also an achievement system whereby achieving certain goals, you can gain skills. For example, let’s say you complete a few achievements, you can increase your running speed, throw your grenades a different way, etc. Not only can you level up, but you can also increase your “game perks”, similarly to Call of Duty 4. There’s the escort mode, which is my favorite mode, and there’s really nothing like it on the market.

BLAST: I really appreciated the level of balance in the game, it seems like even if you are a skilled player, you can perform well even in the lower levels.

WK: Yeah, you know, the classes are balanced, the weapons are balanced, and the weapons allow for a high level of customization. In AVA, you can add custom parts or modifications to your weapon depending upon the weapon itself. By adding parts to your loadout, you can increase your damage, your range by changing the stock or barrel. There are a lot of cool things about AVA which users have never really seen in a free-to-play game.

BLAST: Do you have any plans for future content in the game?

WK: Yeah, so on the 25th we’re having an update which will add a new Escort map which is called Storm Blitz. Also near the end of March we will be adding a free-for-all mode. So in this mode it’s every man for himself. Do it will definitely help new users learn the maps and get to know the game without the stress and competitiveness of a team-played match.

BLAST: OK so what kind of replayability does this game offer? Once a player reaches the highest rank, what kind of things do they have to strive for to maintain interest?

BLAST: We noticed that free-to-play games are very popular in Korea. How have you seen these games’ popularity sprouting in the United States?

WK: For us it was a struggle at first, but we started in 2006 and four years in we have about 10 million users. Four years ago there were not many free-to-play portals, but right now they are almost countless! The field is definitely growing, and there is room for this free-to-play microtransaction system in the US market.

BLAST: So you’re actually seeing players latching on and buying certain items in the games?

WK: Yes, the microtransaction system definitely works. Users are free to play whatever games they want, but if they choose to add G-Coins to their account they are free to do so!

BLAST: Okay, that about sums up everything! Can you tell us any future ijji releases other than AVA releases before we wrap this up?

WK: I can’t tell you the exact game titles or specifics, but we’re definitely working on some great new, high quality games, so look forward to that!

BLAST: All right, thank you for your time, and we look forward to seeing what ijji has to offer in the future!

WK: Thanks a lot!

Expect a full review of AVA in the coming days.