Gamers spend more hours playing games on Microsoft’s Xbox 360 than any other platform out there including PC and PlayStation 3.

According to the stat-tracking NPD Group, who collected data from over 18,000 gamers who own at least one gaming platform, Xbox 360 owners end up on top, clocking a mighty 7.3 hours a week playing online. 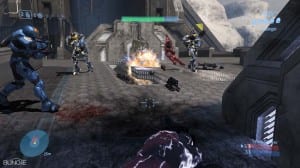 The survey found PC gamers to log 5.8 hours a week and PlayStation 3 enthusiasts at only 3.

However, the PC remains the most actively played platform, accounting for a whopping 85 percent of the online space.

“The installed base of video game systems continues to grow, the platforms available to play games continue to expand and the options for content acquisition have never been greater, especially online,” she said.

Personally, I fit that mold perfectly. Except for during my World of Warcraft days. Yeah, let’s not talk about that.