In an earnings report issued to by Take-Two, besides a Red Dead: Redemption delay of game, it was revealed that the underwater big boy BioShock 2 has sold 3 million and the mighty, mighty GTA: IV a monumental 15 million. 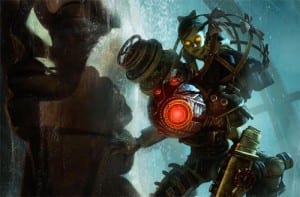 So many copies sold!

For reference, BioShock the original sold 4  million total, so its sequel is rapidly approaching that figure.