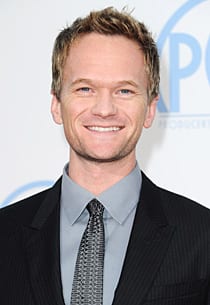 Yesterday, I was browsing through some Twitter pages. I was watching How I Met Your Mother at the same time, so, naturally, I went on to Neil Patrick Harris’ page to see what he’s been talking about/been up to/see if he’s said anything about Glee.

This was the first tweet I saw. I’ve anonymized the Twitter handle of the person NPH was talking to for reasons that will soon become apparent. “@anonymous No trouble at all, actually. Those who aren’t understanding have more to learn.”

Now, I don’t know the Tweeter in question, and I’m sure you don’t either. But I’m a nosy person, and I wanted to know what they were talking about. That’s why I love Twitter; it let’s me be a creep without anyone knowing (unless I write a blog post about it :|).

So, I read the next tweet, also addressed to the same person: “@anonymous Stand tall. Be proud of who you are. Don’t break promises. Want to learn. Represent well. But more than anything, be safe.”

This one was even more intriguing than the first. So, I clicked on it and scrolled down the Tweeter’s profile to see what NPH was helping him with.

Here’s what I found, across three tweets: “@actuallynph hey do you have any advice for someone coming out as gay? my family wouldnt understand and im a musician in australia, so theyve been pretty proud of me so far. I’m nearly 18, i know im young i dont know who to go to everyone i seem to know is either fake or full of shit and i admire you so much that i thought i’d ask you.”