Ubisoft demonstrated its magnificence today and unleashed “Assassin’s Creed II Multiplayer” for the iPhone and iPod Touch today. Best of all, it’s free.

The game, as its name implies, is a multiplayer-based handheld game set in Renaissance Italy. You’ll play against other like-minded assassins and attempt to kill each other while blending in with civilians, who, as the game teaches us, get all up in a frenzy when you cut someones throat or stab a lady in the chest. 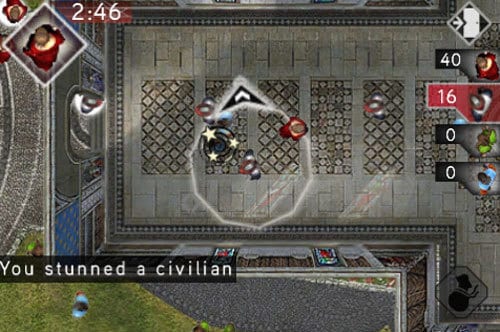 As if the surprise arrival weren’t enough, Ubisoft made the game available for free instead of the speculated $2.99. The deal runs for the next 48 hours, so waiting on this one is not a good idea.