Spelunking goddess Lara Croft, famous for her perfectly-curved body and gun-wielding prowess, will have a street in the United Kingdom. 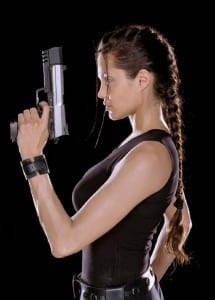 Has a street named after her now.

In December the town of Derby decided it needed a name for one of its new streets and so, like any reasonable establishment, put the vote to the mighty Internet.

The road connecting Osmaston Road and Burton will not be known as Lara Croft Way. Awesome.

Derby Councillor Lucy Care said the 89 percent landslide victory was due to the fact Core Design, the team responsible for the original Lara Croft games is based in Derby, but really, when a vote is put to the Internet, and its gaming-happy contingency, did you expect anything else?