The team announced the move this morning and detailed it saying the team will pack up and move an entire 500 feet to a “killer new studio” with “significant upgrades” where the team will build Uncharted and Jak & Daxter sequels. 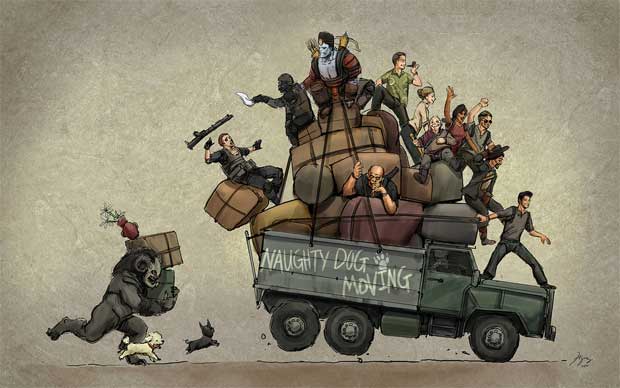 The move, in cartoon fashion.