PopCap’s tower defense type “Plants vs. Zombies” released for the iPhone and iPod Touch recently and we thought it’d sell well, but not this well.

PopCap put the game in the App store nine days ago and in that time, priced at an amazingly-low $2.99, it’s sold over 300,000 copies which means it made $1 million. 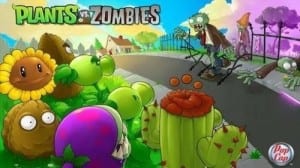 “Plants vs. Zombies is our latest major franchise to make the jump to iPhone, and from the early customer and critical feedback it appears to be a great adaptation of the game,” said Andrew Stein, director of mobile business development at PopCap. “There’s always a concern when bringing a computer game to a mobile, pocket-sized device that something will get lost in the process, but in this case the overwhelming consensus is that Plants vs. Zombies is even more fun on the smaller touch screen!”

You all bought the game, right? Anyone with an iPhone or iPod Touch pretty much needs this one.