Bizarre Creations, the game’s developer wants us to believe “Blur” is the game of the future, so it needs to have Twitter built in, right? 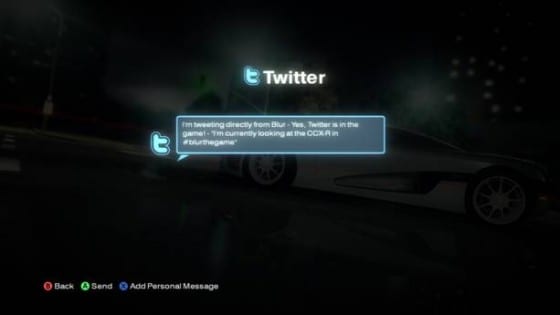 The idea behind it is for gamers to express their feelings (hopefully positive) about the game to all their followers and remain active in the social gaming movement.

The Tweeting has begun, as Bizzard Creations Social Media Manager, Ben Ward tested out the feature recently on the developers’ Twitter account.

“I’m tweeting directly from Blur – Yes, Twitter is in the game! – “I’m currently looking at the CCX-R in #blurthegame“

I’m a fairly heavy Twitter user (@EddieMakuch), but I just don’t see myself needing Tweeting from a game when my Twitter-enabled phone and computer are near me pretty much always. 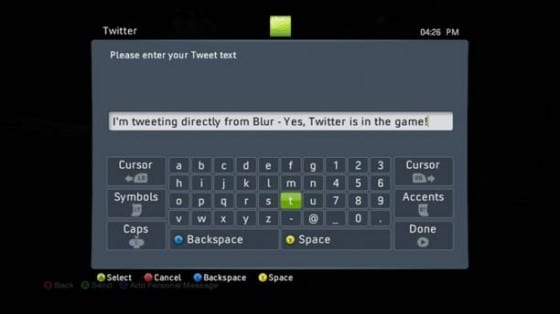