Microsoft is gearing up to unleash its Game Room next month and today the company detailed everything you could want to know about it, including games, release dates, prices, and promotions. 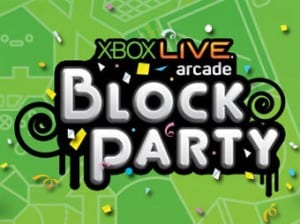 The Xbox Live Block Party is a month long event where Microsoft will  release games Toy Soldiers, Scrap Metal, Perfect Dark, and an all new digital hangout Game Room, throughout the month of March.

No doubt Rare’s Perfect Dark is the highlight of the month, but the coming of the Game Room, which allows gamers to play bite-sized classic arcade games is likely to revolutionize the service as well.

Here’s a quick run down of the happenings of the Xbox Live Block Party.

The promotion part entails Microsoft gifting 400 Microsoft Points and a free month of Xbox Live to anyone who purchases all three games ($40) before March 31.

What’s more, all Silver Xbox Live members, those with limited Xbox Live access, for one weekend, March 26-29, can hop into the Block Party multiplayer frenzy and see what they’ve been missing.

Check out the full announcement, and its fine-print at Major Nelson’s blog.