Electronic Arts today announced the demo for its upcoming first-person-shooter, Battlefield: Bad Company 2, has been downloaded over 3.5 million times across Xbox Live and the PlayStation Network. 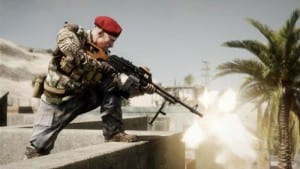 The demo has been on the market for only 23 days, meaning on average, the demo was downloaded about 152,174 times per day.

The demo ends Feb. 25, just a week before the game releases March 2, so if you’ve yet to get in on the action, do so today. Trust me, it’s too much fun.

Some quick, fun facts about the demo.