In an effort to familiarize you, the reader, with both Kathleen (one of our newest writers) and some of her favorite game publishers and developers, we are bringing you a short series that covers this very thing, starting today with 2K Games.

Where does a game come from? Some people just toss a disk in a tray and go from there, loving the time they spend with it, but unaware of the work that goes into making that experience happen. Unfortunately, many gamers don’t know who develops and publishes the games that frequent their gaming systems. But as video games continue to gain popularity in every day society, it is important to know the who, what, and when of your games to continue to make educated choices on other games you might enjoy, or if only to enjoy the rich history of a publisher or developer.

One of my favorite publishers, 2K, has in the last six months released some of the biggest hits of 2009 and 2010, including Borderlands and the long-awaited Bioshock 2. 2K continues to publish quality games in a wide variety of genres, including first-person shooters, role-playing, and sports. 2K is divided into three divisions, 2K Games, 2K Sports, and 2K Play. Taking a look back at their roots and where they began, it is impressive to see how far the company has come in the gaming community, and hopefully will continue to improve and grow as that community expands and changes. It’s also cool to see how connected publishers and developers are to each other and what other games 2K has produced that you may not have even thought of. 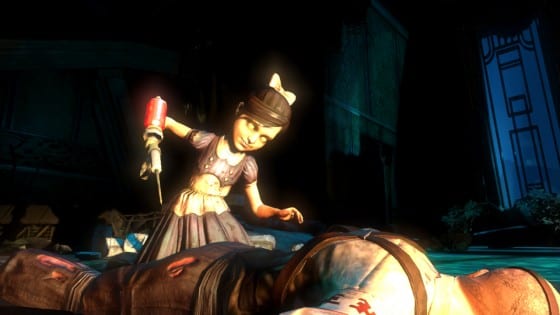 2K is a subsidiary company of Take-Two Interactive, owner of Rockstar Games and the Grand Theft Auto series. The company was founded in 2005 and has quickly become one of the largest publishing companies in the gaming world. 2K has released games for almost every platform imaginable, and since day one has strived to publish quality games. Based out of Novato, California, most people know 2K from one of their divisions, 2K Sports, which develops the critically acclaimed 2K Sports series including MLB, NHL, NBA, and The Bigs. In just two years, 2K released the 2007 game of the year, Bioshock, continued developing and publishing the award-winning Sid Meier’s Civilization series, and rose to number one with NBA 2K9. Bioshock alone won the company over fifty awards and sold nearly 3 million units, giving 2K a great start and a hard act to follow.

As if that weren’t enough, early on in their career, 2K published Bethesda’s Elder Scrolls IV: Oblivion in 2006, a ground-breaking RPG which completely changed how many players looked at open-world roaming and side-quests. Oblivion spawned two expansions, The Knights of the Nine and Shivering Isles, and continues to be one of the most popular games in its genre. With an impressive arsenal of quality games under their belt, 2K moved almost seamlessly into the next-gen console era, currently hosting a wide variety of studios including Cat Daddy Games, Firaxis Games, Irrational Games and Visual Concepts. 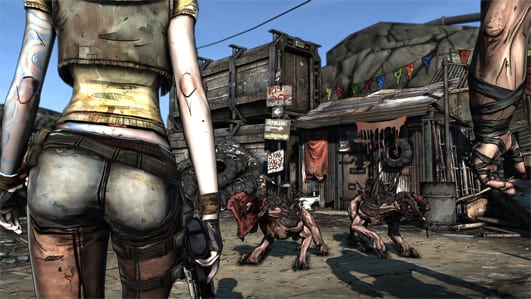 More recently, 2K released two amazingly complex and exciting titles, 2009’s Borderlands and 2010’s Bioshock 2. Released for the PC,PS3 and Xbox 360, "The first-person shooter and RPG made a baby.", hypes Borderlands promotional trailer, which is surprisingly accurate. Armed with qualities that make both of these genres great, Borderlands supplied gamers with a looting, shooting, questing, leveling, exploding extravaganza, fun both by yourself or with three other friends alongside you. Having already sold 1.11 millions units according to the NPD, the game had some of the largest multi-player sales of 2009. With two expansions released and a third in the works, Borderlands quickly became a fan-favorite, selling out throughout the holidays.

Earlier this month, Bioshock 2 made a grand entrance to shelves, releasing on the PC, PS3 and Xbox 360. In the first game, we were introduced to Rapture, a man-made underwater city filled with new things to explore, and horribly mutated splicers and over-powered, drill-wielding â€˜Big Daddies’ to fight. Set ten years after the first game, 2K brings us back to that city in the sequel, letting the player take control of one of those powerful Big Daddies, in a fight to decide the more powerful; the self-worth of man or the unity that binds man together. Bioshock 2 also provides the player with a all-new multi-player mode in which players can go head to head in a variety of games, including "Capture the Little Sister" and the classic brawl style fight-to-the-death.

2K has announced two more games set for release in 2010, Mafia 2, a mob-inspired sequel, and Spec Ops: The Line, a third-person military shooter. Rumored of course are whispers of Bioshock 3 and a Borderlands sequel, but 2K has yet to confirm or deny the development of either of these. Fortunately, 2K has developed a standard to which their games are held, and attempts to deviate as little from that standard as possible. There is much promise in the games that 2K has published, and hopefully the quality that gamers have come to expect from the company will only continue to grow in the future.