A longstanding rumor claiming Black developer Criterion’s new game has circled around for ages, but today is finally confirmed. 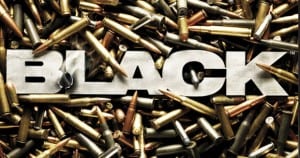 According to game site CVG, Criterion and Codemasters are working on yet another first-person-shooter, with designer from Black Stuart Black, back on payroll for the follow up as well as Sony London graduate Tom Gillo and former Blackrock senior producer Andrew Wilson.

The game has no name or any additional information available at the moment, but if today’s report is indeed true, details on Black 2 should trickle out sooner than later.