Uncharted 2 is about to get a lot more beefy, as developer Naughty Dog today announced a slew of new content for the action/adventure game set to release in just two weeks.

Arriving Feb. 25 on the PlayStation Network will be two new maps, 6 character skins, more PlayStation Trophies and a handful of in-game medals to earn. 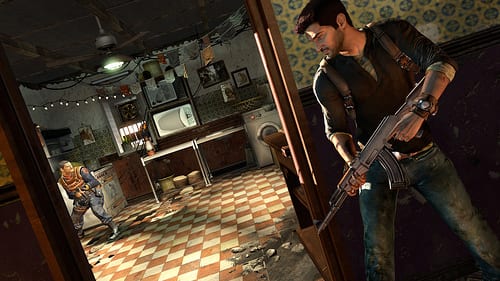 More of this soon.

According to the report from mega-game site IGN, the DLC, which will set you back a very affordable $5.99, is comprised of content based off the original Uncharted title.

All the medals and Trophies will be earned in multiplayer, which we assume to be our hint that Naughty Dog wants us to play online more.

More information, including specifics about the Trophies and medals can be found at the IGN report.