Those who pre-order Sony’s upcoming God of War III, besides earning eternal glory for buying what looks to be the most epic game of this era, will get a poster signed by God of War III concept artist Andy Park.

That’s not all though, gamers throwing down at least $5 for the game before it releases in March, will get themselves the previously-announced and wholly exclusive Phantom of Chaos character skin.

7-11 already jumped into the Kratos-craze and now GameStop truly ups their game by offering something gamers might actually want as a pre-order bonus.

The press release issued by GameStop today said the poster was “signed” by the artist. I’ve reached out to GameStop for clarification of whether or not it’s hand-signed or stamped and will update when/if I hear back.

Reserve yourself a copy today at GameStop.

Below is the poster you’ll get for reserving the game. And GameStop slapped the “For Display Only” tag on it, not me. 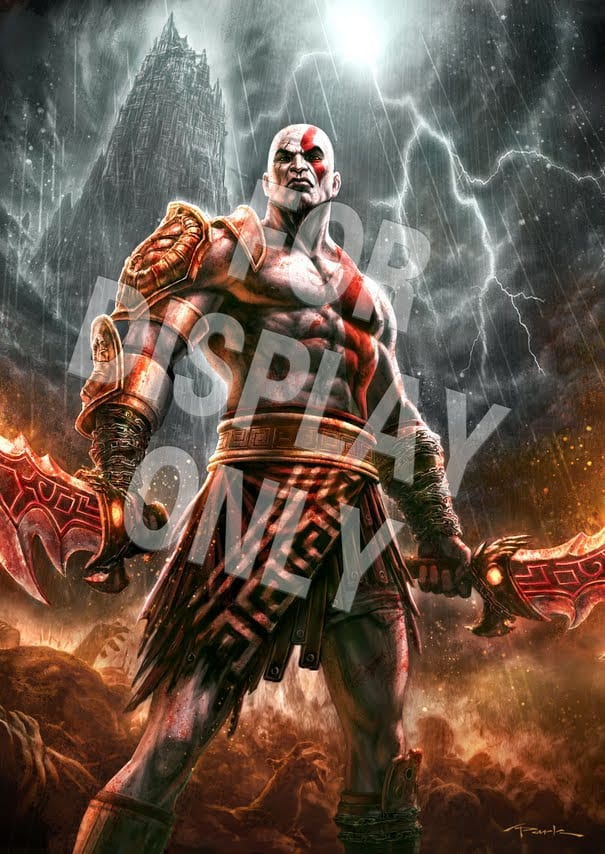 The glory of Kratos