Less than a week after Apple introduced the world to the iPad, Microsoft unveiled a much less revolutionary product, albeit one that could have major implications for PC gamers. Many gamers are plagued by ghosting, a visual problem that occurs when the pixels on their monitor cannot switch on and off fast enough to keep up with the action in their game and controls, preventing them from seeing critical pieces of the game or having them obstructed by older images.

This source of aggravation for PC gamers could be a thing of the past with Microsoft’s new gaming keyboard, the SideWinder X4, which, according to Microsoft’s accompanying press release, possesses "the industry’s most advanced anti-ghosting technology." The keyboard could save millions of frustrated PC gamers from throwing away their old monitor or smashing it into oblivion in favor of a much more expensive alternative. 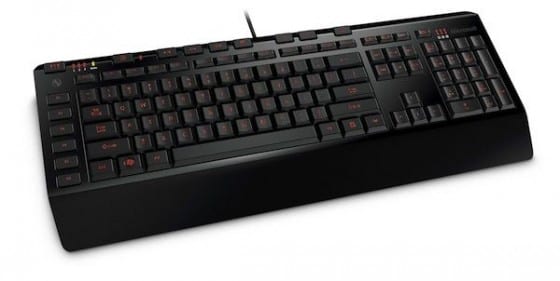 Developed by Microsoft’s Applied Science’s Group, which worked on the Xbox 360, the keyboard’s anti-ghosting technology allows gamers to press up to 26 keys at once without incident because the keyboard’s advanced hardware detects each keystroke individually. By comparison, the standard keyboard utilizes row and column wires that react to each other when pressed, which is fine for typing usage but leaves much room for error when complex key combinations necessary for PC gaming are administered. This allows fast-fingered gamers to execute complex commands without fear of ghosting, providing a truer gaming experience.

The keyboard’s macro recording feature will also be important to the PC gamer, allowing them to program a string of keystrokes into one key, and to repeat these combinations as quickly as possible. That’s right, Street Fighter IV fans. Now you can unleash as many of Abel’s Ultra Head Twirl Throw as your heart desires (better in a game than at your little sister). The SideWinder X4 also features adjustable backlighting and "mode and profile switching", allowing users to customize keyboard commands between games and each other. Aesthetically, the keyboard is jet black with blood red backlighting, making the SideWinder X4 look a lot like the official keyboard of Satan or Jack Bauer (Diablo fans rejoice!). Microsoft’s SideWinder X4 will be released in March 2010 for $59.95, a reasonable price given it’s anti-ghosting technology, and even more so because PC gamers will have saved money by not having a significant other to spend on for Valentine’s day (I jest, I jest).