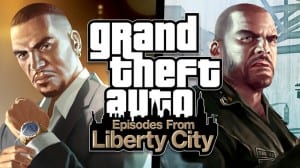 When March 30, 2010 rolls around, the double pack Episodes From Liberty City will appear at retail everywhere and also as individual episodes, Ballad of Gay Tony and The Lost And Damned on the PlayStation Network and Windows Live marketplace.

Now, some PS3 owners might be thinking “too little too late.” And understandably, because the time these episodes arrive, GTA:IV will be nearly two years-old, but Rockstar has yet to say anything about the next core GTA title, so it could be years off, leaving you more than enough time to enjoy these truly terrific expansions.

Read more about this, and lots more, at the Rockstar Newswire