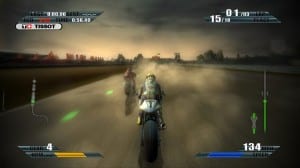 According to a press release from Capcom the DLC pack will include the 800cc bike class with bike, rider and team liveries, plus the new tracks for the 2010 season — Silverstone (UK) and Balatonring (Hungary).  The second free DLC pack will include the 600cc and 125cc bike class with all the bike, rider and team livery updates.

The demo, expected to arrive about a month before the title releases in March, lets you race in three classes and participate in varying challenges like straight-up racing to the white-knuckled time trials. 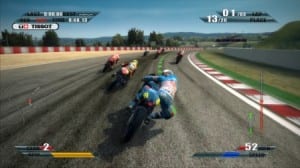 Look for MotoGP in March for Xbox 360 and PS3 and head over to the Capcom blog for lots more.