Holy crap!!! Did that just happen??? Did your stuff really just get stolen?! Um yeah, it did. Join the club. 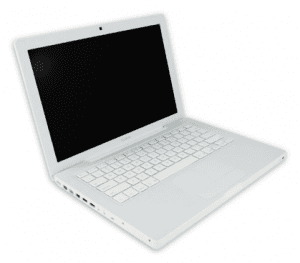 Recently, I was the victim of a home robbery. Not going to lie, the whole situation just straight up sucked. I was pissed. There was anger and swearing and strange guttural noises for days. But my head has now cleared a little bit and I know that I’ve learned some valuable lessons as a result of the less-than-ideal ordeal. I hope no one else has to go through this, but for whatever it’s worth I’d like to offer some advice on what to do if you find yourself the victim of a crime. You’re still probably going to be a mess, but the extent of the shit-show may be reduced if you follow some basic procedures.

First step: yell. Doesn’t matter if the person has just mugged you on the street and there is a chance of someone stopping him or if you are walking into your sickeningly bare apartment. Yell with everything you’ve got. And none of that crappy, "Oh my gosh, Kim Kardashian and Reggie Bush are back together" kind of squeal." I mean a full out, from the gut, let them hear it in from the top of the Prudential building kind of scream. Because even if the person is long gone, the screaming will help with the frustration. And there will be plenty of frustration to deal with ("Yeah, I just spoke with a guy who said my insurance covers the stuff that was just stolen from me so I want to submit a claim. What do you mean he was wrong?? No, I won’t hold. Gahhhh have a great *$&*!#$ day too!").

Call the cops. This may seem obvious, but when you’re pissed as shit, you’re not thinking straight. Your first instinct may be to call a friend or parent ("OMG you are NEVER going to believe what JUST happened!!!") so you can tell someone the news. Hold off on that for a moment and call the guys with the badges. The quicker you call, the better your chances are of anything good happening for you.

Once the guys in blue have made their way to wherever you are and done their thing, call everyone you know to tell them. It’s therapeutic to talk about it. It also just makes a damn good story. "You chased the guy up the street??!!" "Yeah, I was screaming the whole time, it was crazy." Who doesn’t want to hear that story? No one. So feel free to share.

Oh and those phone calls you have to make to friends and family? Well, your phone was stolen too so you’re quickly going to have to get over the guilt of borrowing someone’s phone. Hey, you’re shit just got stolen — they’ll be okay with you using 20 minutes of their airtime.

Throughout all this, make sure to breathe. Do this repeatedly.

Once all the paperwork is taken care of, the next step is a little simpler: get drunk. On multiple nights, in multiple establishments, with multiple types of alcohol if need be. Just get drunk. If you have stellar friends (as the writer does), they will buy your beverages of choice for you. Other perks include lots of hugs and expressions of love and perhaps a new nickname if your situation calls for it (I now answer to Sparkplug).

I’m not going to beat around the bush with this next part. It honestly pains me to say this, but if your shit gets stolen, you’re going to have to go out and replace all of your stuff. That means spending a lot of money. On the bright side, you have been saving money on groceries and holiday shopping. So you should have a little bit of money for your purchases. It sucks, but it’s necessary. Just take a deep breath and swipe your card through.

You’re going to want to keep busy. I mean, you’re going to be busy rewriting all those assignments you never emailed to yourself or backed up on a flash drive (stupid, STUPID grad student). Yeah it sucks, but it’s also kind of a good thing. You want to stay busy so you won’t be thinking about what you just went through. Because it’s pretty damn scary to think about. Also, stay busy working on your assignments so you don’t give in to the urge to repeatedly bang your head against the wall. Yeah, my Advil bottle took a big hit that week…

Buy more pepper spray. And a whistle. And actually start carrying them in your hand when you’re walking, instead of just telling your parents that you are doing this. Doesn’t matter if you were a victim of a home robbery or a street mugging. If you take precautions to be safer, you will feel, and be, safer.

So yeah, being the victim of a break-in definitely sucks, not going to lie. But chin up, it’s just stuff. Papers can be rewritten, computers and cell phones can be bought again. But get your locks changed, will ya? Peace of mind and all.