EA Sports recently announced, though anyone could have predicted it, FIFA World Cup South Africa.

The title, releasing on Xbox 360, PS3, Wii and handhelds, arrives in April and aims to recreate the momentous excitement surrounding soccer’s biggest tournament. 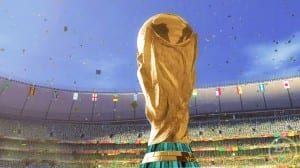 What it's all about!

In the game you can play as any of the 199 national teams who took park in qualification and guide your mates all the way to the Finals.

Additionally, all 10 World Cup stadiums in South Africa are in the game as well as smaller regional qualifying stadiums. 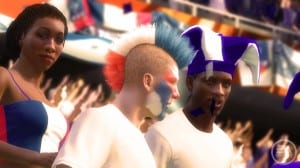 I know I’m in the extremely vast minority here (the United States), but I’ll say it anyway. I’m a huge soccer fan and I’ll buy this game because really, the World Cup comes once every 4 years, and if I’m to guide the U.S. National Team to victory, let’s face it, I’ve got a better shot in the video game than out on the pitch!

We’ll have a review up in April because hell, if EA doesn’t ship us a review copy, I’ll just go buy it!

Here’s a gallery of shots from the upcoming soccer simulator. Clicking each one makes it huge.

What it’s all about!