You may have heard a thing or two about Tony Hawk: RIDE, the latest title starring the legendary skater, but poor reviews and meager sales have not deterred Tony Hawk and developer Robomodo from moving forward and creating an entirely new title.

The Birdman himself Tweeted this last night, seemingly confirming a new and exciting project:

“Just met with @robomodo about our next project, and it’s already much better than I expected”.

Now, personally, I refuse to ever offer insight or commentary about a game I haven’t played, but what I’ve gathered from reviews is that the title had a wonderful concept, but simply did not execute. 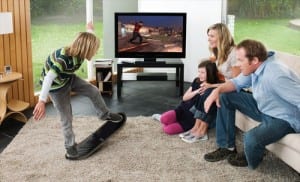 That said, I’ve always admired Hawk as a father, skater and video game character, and I strongly believe he’ll insist the developer make the necessary game tweaks (he’s always directly involved with the game-making process) to make the follow-up a much more beloved project.

Details on the game, beyond the above Tweet, are non-existent at the moment, but we’ll be following this story like a hawk with two Lasik-adjusted eyes!