Crytek’s sequel to the visually-stunning first-person-shooter Crysis will be set in New York City, according to a PlayStation Magazine teaser cover reveal today.

Also in next month’s magazine are 49 reasons to own a PSPgo. I really wonder what those are. 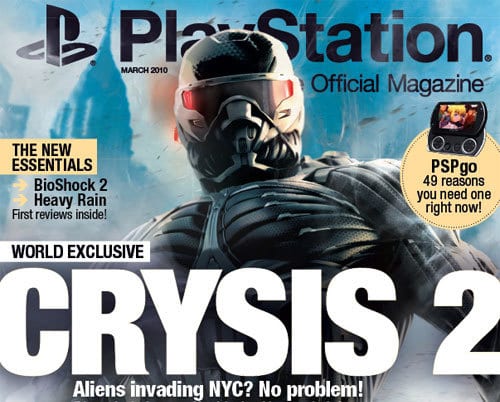 In New York City. Why Not?