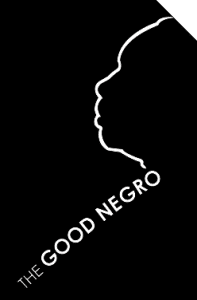 "The Good Negro" is no simplistic tribute.

Tracy Scott Wilson’s poetic, ensemble-driven drama about the Birmingham march on Jim Crow is a drama about flawed men and women thrust into a historic movement that grows from quick, chance decisions, and many missteps along the way.

Just in time for Martin Luther King Jr. Day, Company One has brought a powerful, highly relevant parable to Boston, with direction by Summer L. Williams, in which the Southern sun seems to beat down over a small auditorium in the BCA on a winter night.

The play centers around the Reverend Lawrence (Jonathan L. Dent), a figure loosely based on King contemporary Rev. Fred Shuttlesworth, who arrives in 1950’s Birmingham to organize non-violent resistance to Jim Crow segregation.

Dent’s Lawrence is a figure in transition: filled with youthful innocence, his feet are rooted to the pulpit, but his congregation and his historical moment wretch him from this sanctum and thrust him into streets engulfed by violence. "Goodness," for him, becomes a complex compromise between the needs of the everyday and the necessity of conveying a higher morality to a fearful white public.

As the story opens, Claudette Sullivan, played magnificently by Marvelyn McFarlane, is restrained and beaten for allowing her daughter to use a â€˜whites only’ restroom. Her tormentor is Gary Thomas Rowe, a brute with a toy sheriff’s badge and a vehemently racist worldview.

Sullivan and her daughter will unintentionally become the face of Rev. Lawrence’s boycott against Birmingham merchants. Meanwhile, Rowe (based on the real figure of this name) is recruited by the FBI to infiltrate the Ku Klux Klan.

As Sullivan and her husband Pelzie (James Milord) struggle with the burden of living as propped-up symbols, Rowe’s journey is similarly complex. The Klan provides an outlet for his most violent ambitions, and he must live with the deeds his rhetoric demands, making him a man both tormented by violence and mocked by the foolish paternalism of his FBI handlers.

In addition to presenting complex character studies, "The Good Negro" does an incredible job in breaking down the meanings of “preacher talk” and the attendant themes of classism within African-American politics, specifically the acceptable discourse of social mobilization â€” on what it means to "speak for the people" and how collective hopes can be distorted by individual shortcomings.

Excellent stagecraft implicates the audience in the drama as well. As one watches the play’s sufferers isolated in their spotlights, FBI agents ring the stage’s perimeter as co-witnesses, co-voyeurs.  One is reminded that, whether active or passive, no one is outside the story, and sometimes, your role is chosen for you.

“The Good Negro” plays through February 6 at the BCA’s Plaza Theater.