While we do not know much about the downloadable content for the upcoming space-based role-playing-game Mass Effect 2, today BioWare announced some exciting details. 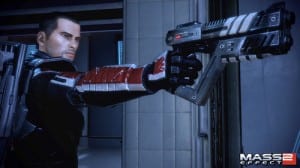 BioWare Tweeted the following last night regarding the DLC:

“Addressing rumors: BioWare will not be charging extra for any new Mass Effect 2 content on launch day. More DLC details next week.”

We’re oh so very excited for the space-bound RPG and will have a review for you next week when the title launches, but stay with us for continued coverage of this developing story and keep an eye on BioWare and Mass Effect 2 on Twitter in the meantime.