If some is good….

A recent interview with 2K Marin’s Kent Hudson confirmed the studio’s plans to support the underwater-first-person-shooter with add-on content and the team is currently working on “aggressive” DLC plans.

We have no idea right now what this additional content will actually be. But hell, I’d like to actually play the damn game before we even discuss this, but that’s just me. 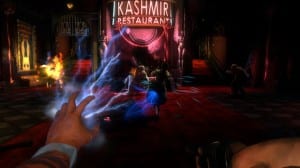 Bioshock 2 will have a multiplayer component so the possibility of extra maps, weapons, characters, plasmids, etc. is there, but at this point, it’s anyone’s guess.