Netlfix, the movie-renting and instant-streaming giant, today announced that the ability to watch everything in “Instant Queue” is inbound for Wii owners, starting this Spring.

Last month, Netflix CEO Reed Hastings expressed interest in branching out to all three current-gen consoles, and voila, it happened!

The service, which is already available for Xbox 360 and PlayStation 3 owners, will be available to anyone with at least a $9 Netflix subscription, an Internet connection, and like the PS3, will require a Netflix disc to be in the drive to access the content. 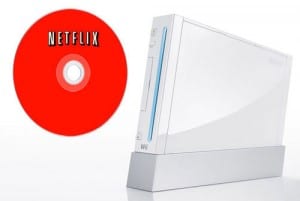 As you know, the Wii isn’t capable of high definition, so don’t expect to see Jim and Pam, and all the pores, if you’re watching an episode of The Office on the Wii. But for standard definition, the Wii should perform just fine.

This means, when Spring rolls around, Netflix will be available on all current-generation consoles. Good job Netflix! Exclusivity is a stickler sometimes anyway.