Good things are worth waiting for, right?

Better hope so, as Nintendo of American President Reggie “The Reginator” Fils-Aime, declared today that the next console Legend of Zelda title will release “when it’s perfect.” 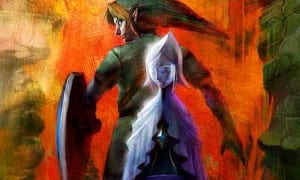 The closest we're gonna get for a while

Now, that’s fine and dandy, but the company did just last week say the title will definitely ship in 2010, so Nintendo, what gives?

“Right now it’s still in development but the key message that Mr Aonuma and Mr Miyamoto are telling us is that it really has to be perfect when it launches,” said the boss. “That is what the fans are expecting.

“So for all the Zelda fans out there right now, I’d say enjoy Spirit Tracks and know that the Zelda title for Wii is going to come out when it’s perfect.”

All aboard the Delay Train. Next stop, who knows.