Oh how the good die young.

Nintendo announced today that it will no longer publish or ship copies of Metroid Prime Trilogy to retail outlets and instead those wishing to re-live Samus in all her glory will be forced to the second-hand market to do so. 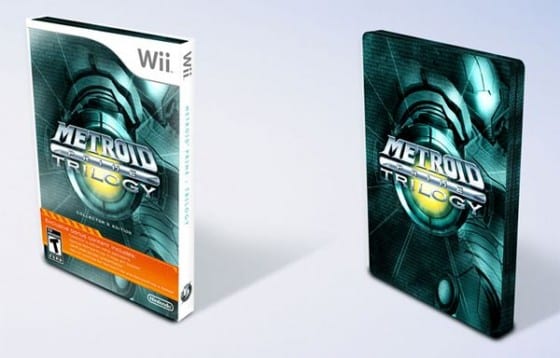 Only four months after its release, a Nintendo rep confirmed to Coffee With Games the above and said the below:

“You may still be able to locate a copy via stores that specialize in previously played or used games.”

Nintendo did not provide a reason for Metroid Prime Trilogy’s discontinuation, but maybe that it only sold 500k copies had something to do with it.

As Destructoid points out, it’s disturbing that the title sold so poorly especially considering the Wii’s monumentally high install-base and just how great Triology is.

Hard times these be, when Nintendo can ship Carnival Games and not a Metroid title.

Source: Coffee With Games via Destructoid