Seems like everyone and their brother wants in on the money-making motion-control movement Nintendo started with the Wii, but not Naughty Dog.

That’s right, the “Uncharted” development team wants nothing to do with the new fad.

“We really don’t have any interest in using the motion control to do a third-person action game,” said Naughty Dog boss Evan Wells. “If we were going to make a motion controller game, we’d want to tackle it from the bottom up and make sure that we were designing the game around the motion control, the way the best Wii games are designed. 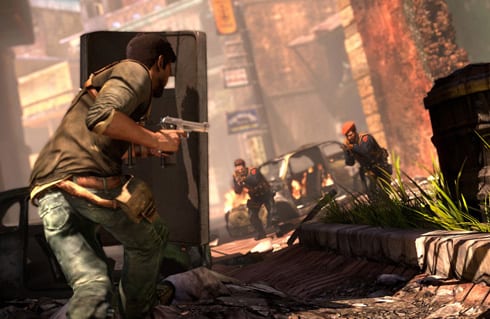 “I’m not a Wii hater at all, in fact, it’s probably one of my most played consoles in the house. I have a 3-year-old son which might account for some of that, but Wii Sports and Wii Sports Resort are some of the best experiences of this generation, honestly …  I think the PlayStation audience is totally for it. In fact, I bet you there are lot of closet Wii owners in the PlayStation community.”

As a recent PlayStation 3 adopter, and lover of all things Nate Drake, this is very, very sweet news, at least for me, a lover of fundamental mechanics with my action/adventure games.