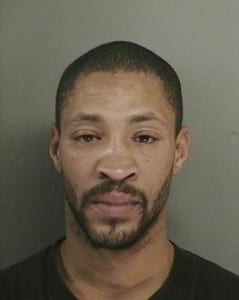 Authorities say a man tried to rob a Boston firehouse while the firefighters were away battling a fire.

Desi Halsell, 40, is charged with breaking and entering at night with the intent to commit a felony, larceny over $250, and possession of burglarious tools after firefighters returned from hours of battling a fire in Roxbury January 4 to find him allegedly trying to make off with a bag full of stuff and a firefighter’s personal laptop.

"This is a new low," said Suffolk County District Attorney Daniel F. Conley. "We like to think that a person’s conscience would prevent him from robbing the very people who risk their lives to keep him safe, but sadly that doesn’t appear to have been a factor here."