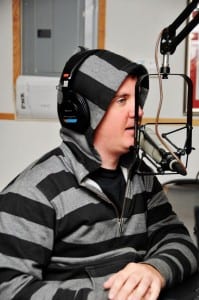 We’re just going to assume this isn’t our fault.

“The Sandbox,” the popular morning show that Blast sometimes appeared on, has been axed. The Sandbox’s Charlie Padgett and Ed Oliveira were fired, and Dustin Fletcher Matthews and news reader Henry Santoro will join a new morning show with program director Keith Dakin.

In the afternoon slot. "Big Jim" Murray has been replaced with former WBCN jock Adam 12. Murray will stay at the station but will have an off-air role.