Saying goodbye is hard to do. And after five months and five installments complete with swashbuckling humor, adventure, and gripping emotional engagement, the Tales of Monkey Island saga came to end this week with the release of "Rise Of the Pirate God."

This final chapter does its job well and properly caps off what I felt was my most satisfying PC gaming experience of 2009 and leaves me absolutely thirsting for more.

If you didn’t play Chapter 4, you’re probably going to want to duck out right now because there are some heavy spoiler details about to be gushed. 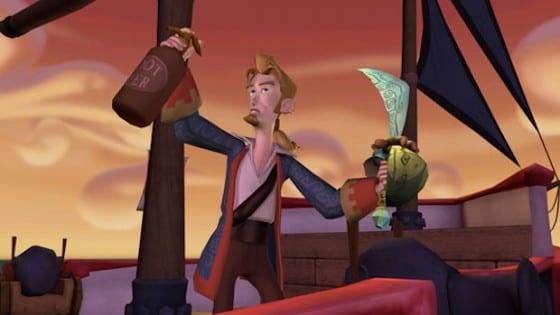 Chap. 4 ended with the demise of Guybrush, or so we were lead to believe. The very first scene in "Rise of the Pirate God" begins with main character Guybrush thrusting his hand through his own grave in a dark and gloomy underworld graveyard. All Guybrush has is a his Shred of Life as he travels the land of the dead, meeting series antagonist’s victims, Morgan LeFlay most notably, on his trek to assume his body again and return to the land of the living to defeat the sinister Pirate once and forever. Oh, and of course, to rescue his beautiful "Plunderbunny" wife Elaine. 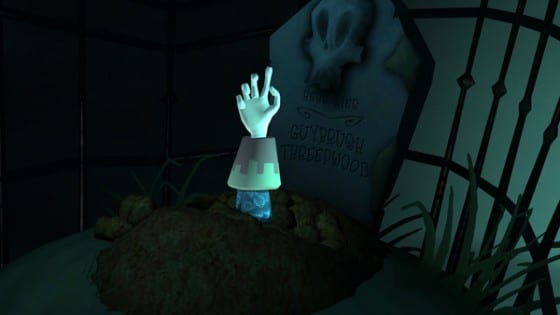 Where chapter 5 excels most, compared to previous installments, is in its cinematic intensity. The production values in this episode are so much higher than the others; you might wonder why the series isn’t more mainstream and well-known.

Telltale pulled out all the show-stoppers in this episode to make damn sure the finale was indeed a true finale and left a more than pleasant taste in the mouths of gamers. Aesthetically, the game looks superior to previous ones. Perhaps that’s because the environments in Chap. 5 look nothing like the ones seen before (except for a few returning locations), but however you slice it, the game looks better, and this is great.

On the narrative side of the game, Telltale wrote a much stronger tale than ever before. Gone are the lines of corny dialogue in favor of more substantiated yet still funny, but more appropriate, engaging, and believable. 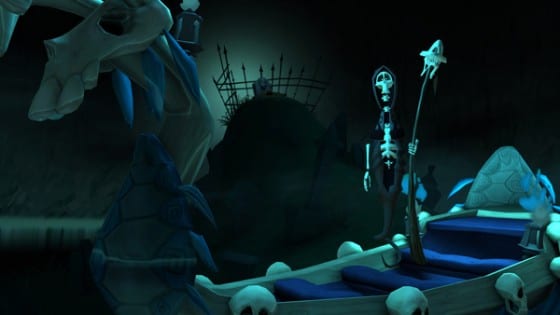 The Boat Man of Death.

Complementing the excellent narrative is superb beyond belief voice-acting. Guybrush sounds like a living, breathing, though bumbling, pirate. LeChuck’s tone and emphatic and stressed deliverances are the kind of mastery one could only dream for, and the entire set of sub-characters are so well performed you’ll wish they had more lines.

The puzzles in Chapter 5, and there are loads of them, as these sequences of mysteries are the backbone of the game, are fun and engaging, but not on par with those of previous episodes. Far too many times was the task at hand merely "go here, collect that, bring it back here, use it to do this." That formula is okay, I just wish Telltale varied the quests a bit more. 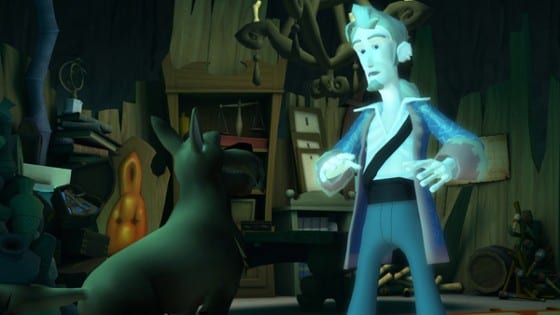 Are there more Tales of Monkey Island to be told? Ultimately only TellTale knows, but based on the way events ended in this chapter, it seems more than likely that there’s grander adventurers in stock for Guybrush.

Blast Factor: Ultimately, Tales of Monkey Island: Rise of the Pirate God is a wholly entertaining, engaging, and pure fun point and click adventure. Though it may not be equal in wonder to past installments, it remains a better than average tale. The seas have been sailed, the evil; vanquished, and the girl rescued, what more could a pirate wish for?

Tales of Monkey Island: Rise of the Pirate God is available today from the Telltale store. A digital copy of the game was given to us by its publisher for review purposes. Shiver. Me. Timbers.