What if I was to say you could meet up with Zombie-slayers Zoey, Louis, Francis and Bill from the original Left 4 Dead in Left 4 Dead 2? Is that something you’d be interested in? 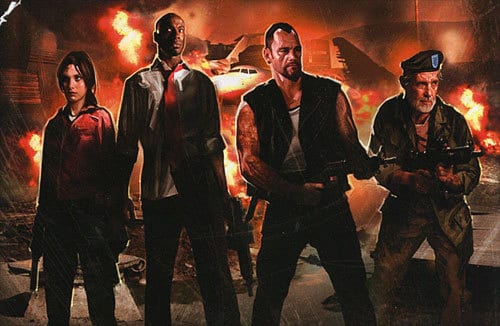 The new episode, dubbed “The Passing,”set after the events of “Dead Center,” brings the old slaying crew back to join the new guys in their fight for zombie annihilation.

According to Valve’s press release, the episode is set in a small town in rural Georgia where the L4D1 veterans meet up with the new crowd.

“The Passing” is due out Spring 2010 and a price has yet to be determined.