Sony ditched the large PS3 hardware style in favor of a slimmer, sleeker, and ultimately cheaper “Slim” model this September. But even with the change, Sony is still losing money on every console sold.

A report issued today by industry analysis veterans iSuppli, said the total manufacturing costs for a PS3 Slim as of December 2009 is $336.27. And the system sells for $299, for a loss of about $40 on each unit sold. 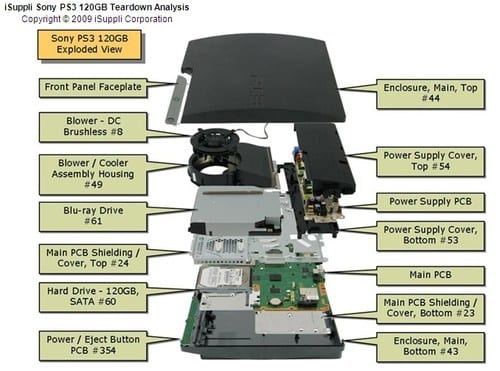 That loss sounds problematic, but wait. Multiply that $40 by the millions of millions of PS3 Slims Sony has sold recently, and you’ve got a much larger loss figure.

The most expensive component? You guessed it, the system’s proprietary Blu-Ray drive, which costs Sony an estimated $66.

Sony can bank on strong sales of first-party software to make up for some of the loss, but until manufacturing prices come down, Sony won’t be making any money on hardware.