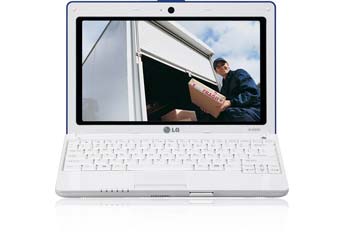 The next generation of netbooks are a lot like cell phones, in that they don’t cost much up front, but you’ll be paying for privilege and convenience.

Until December 24, RadioShack is offering the LG X120 netbook for $49.99 with 2-years of mobile internet service.

The netbook is a true cell phone, and it’s a true netbook in every sense of the word. It’s designed for 3G mobile Internet service, but don’t expect to run photoshop or games on it. It does carry a 160GB hard drive and 1GB of RAM, however.