According to the latest Nintendo Power issue, a tenth Mega Man is on the way to Nintendo’s WiiWare digital download hot-spot.

This latest installment is said to follow its roots and take a NES-style aesthetic approach, feature new and zany bosses, and Proto Man as a day-one playable character. And of course, another unknown character, that Nintendo will reveal later made his or her way into the game. Guess we’ll find out who it is later. Bummer.

We won’t take all the juicy tidbits from Nintendo power, just this glorious cover. Head over to Nintendo Power’s Web site to read the full story. 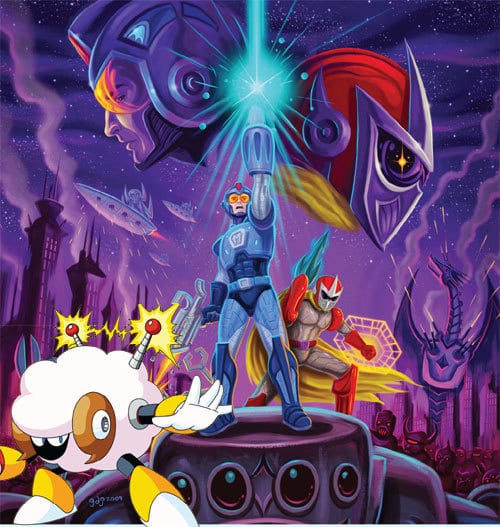