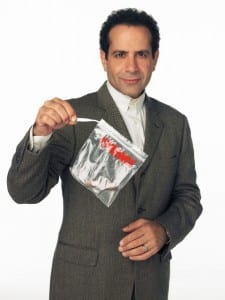 Add those to the finales of “The Biggest Loser” at 8 p.m. on NBC and “Scare Tactics” on SyFy at 9.

Sunday night’s series finale of “Monk” drew the largest audience ever seen on a basic cable drama with 9.4 million total viewers. The success carried over to White Collar, where the fall finale right after “Monk” drew 5.55 million viewers.

NBC picked up the full season order for “Community” and “Parks and Recreation” and scaled back the new sitcom “100 Questions” from 13 episodes to six.

CBS is making a drama based on the upcoming James Patterson novel, “Private.” Twentieth Century FOX will produce the drama about Jack MOrgan, a former Marine and CIA operative to takes over his father’s private detective business.