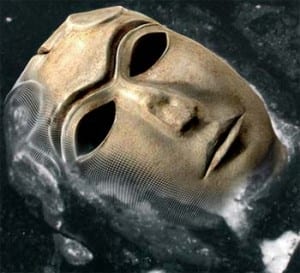 ROME — By clicking on Baghdad’s Virtual Museum of Iraq website one can admire a selection of Sumerian, Babylonian, Assyrian, and Islamic archaeological finds preserved on two floors of the building designed in 1937 by the German architect Werner March and looted in 2003.

Today’s Iraq, the Asian region between the Tigris and Euphrates rivers, was called Mesopotamia by the ancient Greeks.

After the 5th Millennium B.C., very rich and powerful civilizations developed in this fertile and luxuriant land, leaving splendid vestiges of their glorious history.

Along the banks of the rivers and their tributaries, Sumerians, Accadians, Babylonians, and Assyrians founded cities such as Uruk, Ur, Lagash, Nippur, Babylon, Khorsabad, and Nineveh, surrounded by walls and with temples and monumental palaces inside them. The region was later conquered by the Persians, then the Seleucids, the Parthians, the Romans, and finally in the 7th Century A.D. by the Arabs.

The winged bulls of the Assyrian palatine palaces continue to narrate a part of Mesopotamia’s history, as do monumental reliefs, funerary objects in royal burial places, and the colossal statue of the god Abu, all looted, damaged and destroyed in the museum during the plundering and pillaging of April 2003. These precious marble, alabaster, ivory and golden testimonies of Assyrian-Babylonian civilization were recovered, restored, and replaced inside this museum and portrays the history, from the prehistoric to Islamic times, of the land between the two rivers, the cradle of civilization, of writing, the wheel, the first code of laws and the first to learn how to measure astronomical time.

Google recently announced that very soon, at the beginning of 2010, 14,000 photographs of ancient finds from the National Museum in Baghdad, relics of the Babylonian, Assyrian, and Sumerian civilizations, will be available online.

Using the Internet to make available to everyone part of the Fertile Crescent’s immense legacy is a commendable initiative.

All this thanks to the Italian National Research Council project. (Known as CNR: Consiglio Nazionale delle Ricerche.) It’s a “Made in Italy” initiative.