We knew it was in the works, but today we get an official release date timeframe and additional information on the 2010 Guiness “Gamer’s Edition” Book of World Records.

Due out next month in January, the book, a compendium of epitomized gamer feats, is a “must have,” according to gaming blog Kotaku, and will be filled with tales of gaming excellence, the like you and I probably can’t even imagine.

Sure, it’s the “2010” book, but come on, don’t you think you could sell loads more if it were available during the Holiday shopping season? It’s not like it isn’t written yet.

This is what it looks like, in case you could somehow miss the gaudy monstrosity the next time you go to Borders in January. 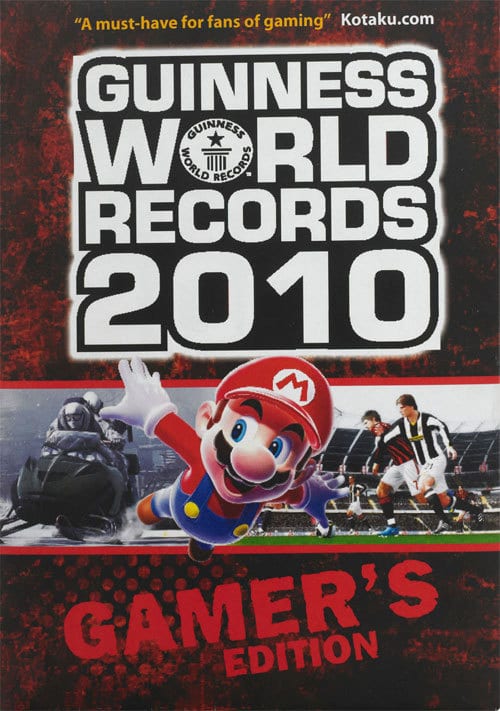 Add it to your wishlist on Amazon right here!