Remember that Halo anime project announced a few months back? Well, it’s actually happening, and the third teaser episode comes to Xbox Live Dec. 5, but will only stay there for 24 hours. 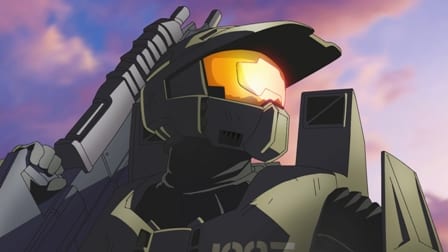 The episode, which is part 1 of 2 of “The Package” will be available tomorrow on Xbox Live’s Halo Waypoint, your one-stop destination for all things Halo.

Here’s how 343 Studios, the guys and gals behind the new series, describe the newest episode.

The story follows Master Chief and four specially selected Spartans as they launch out on a stealth cruiser into the heart of a massive Covenant fleet in a bid to recover a valuable intelligence asset.

Part 1 will very likely end on a cliffhanger of a note, but not to worry, as the next installment is due out just a week later on December 12, followed by an exclusive behind the scenes look at how it was produced in another 7 days on Dec. 19.

As a reminder, the episode will only be up for 24 hours so you’ll want to quit matchmaking just for a bit, or it’ll be gone!